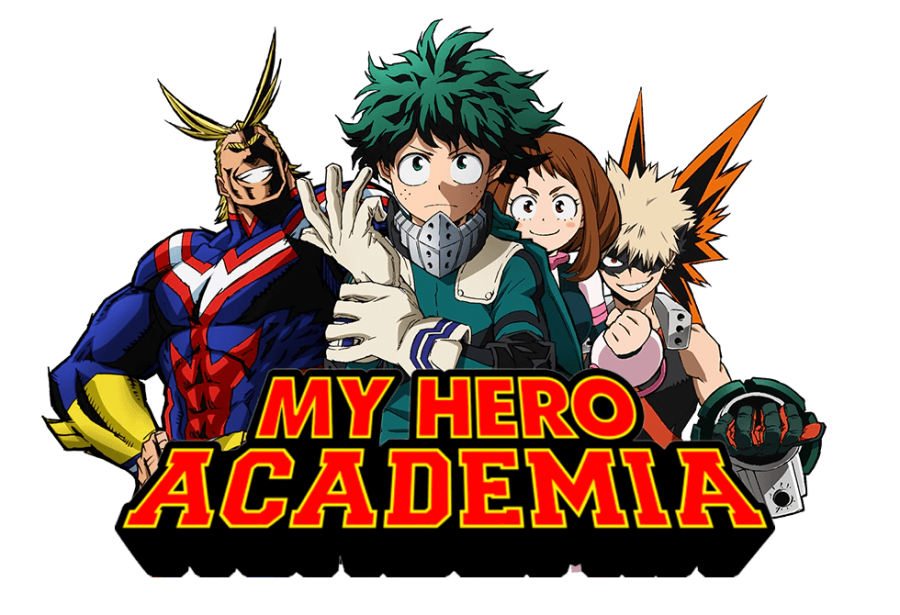 My Hero Academia is a popular Japanese anime with two movies and four seasons, season 5 coming out soon. There are also 26 manga comics in English in the original series, with more to come. You can watch My Hero Academia, on Hulu, YouTube, iTunes, Google Play Movies, Apple TV, Vudu, Amazon Prime Video, and more in subtitles and in English. You can find the manga on the internet, Walmart, readheroacademia.net, and more places.

My Hero Academia is set in a world where 80% of the population has a quirk, which means superpower. Most kids start showing signs of a quirk at around 4 years old. A boy named Izuku Midoriya, has a dream almost every citizen has. He wants to become a hero, but not just any hero. The #1 hero, just like all might. The current #1 hero. But when his mom, Inko Midoriya, took him to the doctors because all the other kids in his class were starting to develop quirks and he wasn’t, they found out that he was quirkless. Because of this, it made being a hero even more impossible, but he never gave up on his dream. And the first step to that dream is to get into UA, the best school for heroes-in-training.

Unlike most shows, you don’t meet all of the main characters in the first episode, and you really get to know the characters, although of course they highlight more characters more than others. Big events also usually take a couple episodes to unfold. My Hero Academia also has amazing plot twists.

In the manga there are “Popularity polls” every few Issues. In the latest manga, number 26 They receive 70,410 votes. They listed the top 20. You would expect Izuku Midoriya,  the main character to be in first, but he’s not. With 12,373 votes, Izuku came in second place!

You all are probably wondering who got first place? With 22,876 votes is none other than Katsuki Bakugou in first place. Katsuki Bakugou can be rude and tries to do everything by himself. He also has his mind set to be the number one hero. He’s also Izuku Midoriya’s childhood best friend, but because Katsuki Bakugou has an amazing quirk, (which is that he can create explosions from his hand that are fueled by his sweat, that is similar to nitroglycerin,) and Izuku Mydoria had no quirk it complicated their relationship. He’s a very angry character, you may hate him at first but he soon will probably become one of your favorites.

In conclusion this show is overall an amazing and very interesting show. It was one of the first anime I watched and I love it. As mentioned before, there are a lot of unexpected surprises, and if this show doesn’t appeal to you, trust me, and at least try the first episode. Do you want to know if Izuku Midoriya will become a hero? If he gets into UA? Are you curious about the surprises? Well I’m not going to spoil it one bit, so go and watch it!